The Stories of My Life

“Damn near addictive. I loved it . . . that Patterson guy can write!” –Ron Howard

“I felt I was interviewing James Patterson under the highest permissible dose of sodium pentothal, the truth serum, for hours—and he spilled the whole story of his truly astonishing life.”—Bob Woodward

How did a kid whose dad lived in the poorhouse become the most successful storyteller in the world?

How did a boy from small-town New York become the world’s most successful writer? How does he do it? He has always wanted to write the kind of novel that would be read and reread so many times that the binding breaks and the book literally falls apart. As he says, “I’m still working on that one.” 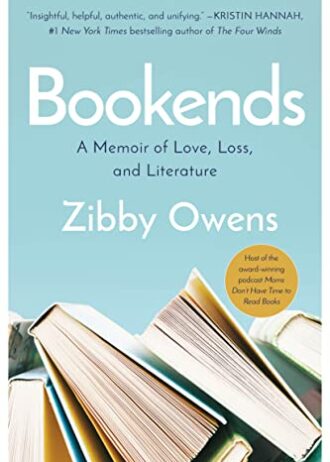 Bookends: A Memoir of Love, Loss, and Literature

A deeply personal memoir about one woman’s journey to finding her voice and rewriting her story by the creator and host of the award-winning podcast Moms Don’t Have Time to Read Books™.